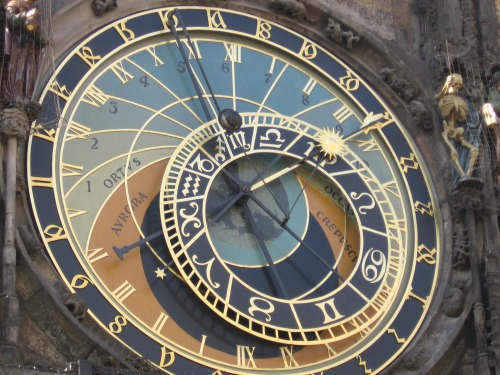 It's not just you.

We all feel the cosmic energies as they move through different cycles and planetary signs. Read on below for more insights about the current energies.

Strong Leo energy continues through the middle of August as the Sun travels with Venus and amplifies the courage needed to create the life you want and to be yourself with renewed confidence. Then the Aquarius Full Moon at 22 degrees on August 15 provides a stepping away from the egoic Self to see the bigger cosmic picture with detachment.

The Moon in Aquarius elevates us up and out into new quantum potentials and the higher perspective of possibilities that exist, even when we can't see them in a tangible form. This Full Moon is an opportunity to integrate what is right for you with what is right for humanity, and to ensure you are connecting your light to what is best for All. Don't be too locked into a particular outcome. Go beyond what is visible right now and open up to more.

The Sun and Venus in Leo are experiencing a quincunx with Pluto at 21 degrees Capricorn after moving through a quincunx with Neptune at 17 degrees Pisces on August 10. The Leo will and desire to create on your own terms is being subjugated to bigger Universal energies that require you to rise above self-interest (Leo) and connect with powerful evolutionary changes (Pluto and Neptune) as the collective journey unfolds.

Mercury in Leo is now out of its retrograde shadow period and approaching an electrifying square to Uranus in Taurus, which shakes up what we thought something "had" to look like, or how it needed to be said. Uranus jolts the mind into a higher understanding of what you want, but it can also show up as unexpected communications, breakthroughs, issues with technology, and anything that Mercury rules (travel, words, ideas, projects, siblings, vehicles, etc).

May this dynamic Aquarius Full Moon bring you exactly the breakthroughs and higher understanding that you're ready to feel at a soul level.

The 8/8 portal is energetically significant as it opens a period of clearing out old programming, emotional energies, and healing cycles that are not to be repeated or turned into karma. The Lionsgate is given this name because it occurs in the sign of Leo, and is the mid-point of the sign at 15/16 degrees. The number 8 is associated with mastery, reward, abundance, and manifestation, making this an auspicious energy field for intentions and creation.

Sirius is commonly associated with the Lionsgate, but it's important to note that Sirius is a fixed star located at 14 degrees Cancer. It is the brightest star in the sky; Sirius is 26 times brighter, and the twice the size, of our solar system's Sun. Sirius was viewed in the sky above the pyramids by ancient Egyptians during this time of the year, and it was commonly interpreted as a sign of prosperity, harvest, and abundance. The North Node will be conjunct Sirius for the first time in 19 years from late August to late September, supporting the development of higher emotional expressions and clearing out expired maternal lineage imprints.

The 8/8 portal is an activation for Starseeds to experience greater consciousness around their talents, energies, healing, origins, and soul mission on the planet.

Jupiter transited into Sagittarius in November and the lights came back on! Faith returns and Divine Timing comes in at full force as Jupiter voyages home and expands what you want the most.

Jupiter AMPLIFIES - even to a fault - so now is the time to be clear in what your driving intentions are and what you want to create next. Look at where Sagittarius energy is in your natal astrology chart for where the abundance and expansion is arriving. Watch out for excess, exaggeration, big lies, and going too far though...SOME boundaries and restraint will be required.

Jupiter entered Sagittarius on November 9, 2018 for the first time in 12 years, and will be a significant energy shift from the deep-dive of Jupiter in Scorpio. I'll explain why this Jupiter in Sag cycle will be very different from the last one in 2006 and 2007, including the rise of collective consciousness energies as Jupiter traverses the Galactic Center in 2019.

Jupiter voyages to 24 degrees Sag, where it stations retrograde on April 11, and travels back to 14 degrees until August 12, 2019.

Jupiter will remain in Sagittarius until December 2, 2019.

May this help RISE you up to your next adventure!

The Sun, Moon, Venus, and Mars are all in Leo on the July 31 New Moon, providing strength for new beginnings and a fresh connection to your creative light after the last two eclipses. Leo energy is strong now and you may feel clarity around where to direct your power because the answers reside in your solar plexus and heart's desires. Look in your chart for where 8/9 degrees Leo resides, as the house placement is where you are receiving solar strength for your new intentions.

Mercury stations retrograde on July 31 at 23 degrees Cancer, returning to what he was thinking about in late June when he was at the same point. Mercury's shadow zone lasts until the middle of August, so give yourself time to shift through the realignment of feminine (Cancer) and masculine (Leo) needs.

The biggest news in the chart is Uranus at 6 degrees Taurus squaring the Sun, Moon, and Venus in Leo. Uranus shakes up what each of these planets wants, so there could be little "terra firma" during this New Moon. These same planets are also receiving a support trine from Chiron in Aries, which returns you to understanding more about who you are now, and to own your emerging self-identity confidently.

Soul Expansion Energies: Moving On, Moving Out, Moving Up

Strong Capricorn energies are keeping us in our human responsibilities, yet our soul is requiring us to move ahead into the new chapter. Change is underway, and it can also feel like energy is moving slowly in some areas of life.

Jupiter RX in Sag is testing your belief in the bigger picture, especially as the square from Neptune RX in Pisces is keeping the full truth veiled and hidden until October 2019. A strong energy of initiation is happening in the higher realms as your soul energy is growing while your human life is experiencing another energy field.

Planets and points between 13 to 21 degrees of the Cardinal signs (Aries, Cancer, Libra, Capricorn) are being strongly affected by Saturn, Pluto and the South Node in Capricorn over the next few months. Keep believing in yourself, justice, truth, and the higher principles of the Universal Spiritual Laws.

Weekly Intuitive Astrology and Energies of July 17 to 24

The Capricorn Lunar Eclipse energies will remain active into 2020, as the shadow and light energies continue to interact at multiple levels of experience. We are officially moving through a "no going back" phase and you can be feeling this in your life, as well as in the world at large.

Powerful paradigm-shifting energies have been streaming through, and you may feel disrupted sleep, anxiety, doubt, fear, pain, and numerous other feelings. But know that the Divine is also here, supporting these energy streams from your soul's frequency.

Mercury retrogrades back in to Cancer on July 20 and the Sun enters Leo on July 22. We are reviewing the story at hand while gaining confidence in what is next that is a fit for what you want now.

Venus in Cancer opposes Pluto in Capricorn on July 20/21, which can be a power struggle that is meant to make you stronger and clearer in taking care of yourself now.

Eclipses happen twice a year, and give us the boost - or big push - to keep moving forward with what is in our best and highest good. They can be tough and very difficult at times, but also quite rewarding and swift with developments that are in alignment with your path.

Dynamic changes are the name of the game, especially as the consciousness on the planet continues to rise and the frequency of the world rises up.

Eclipses show you what is not working and where to re-direct your energy; or conversely, where you are ready to move ahead with greater gusto. Breakdowns and breakthroughs are all in your favor in the long-run, especially when you can remain in your power and know that you have everything you need each step of the way.

Weekly Intuitive Astrology and Energies of July 10 to 17

What an auspicious week! We are in between eclipses, and the Sun in Cancer is making significant connections to the North Node, Saturn, and Neptune, all at 17 degrees. Big energy shifts are happening this week and Divine intervention has arrived to support both the letting go, as well as trusting what is forming.

Mercury is moving backwards slowly in Leo since stationing retrograde on July 7th, and Mars in Leo is busting ahead into new territory with strength. Both Mercury and Mars are squaring Uranus in Taurus, while also trining Chiron in Aries - new soul downloads are coming through that can feel erratic, uncomfortable, and difficult to understand mentally. Instead of overthinking it, take care of the physical messages you are receiving and stay in the present moment.

A lot is happening right now as we enter the second half of July. The Capricorn Full Moon Lunar Eclipse is the biggest one of the year as the Moon conjuncts Pluto and opposes the Sun, signaling that permanent, powerful changes are happening in our consciousness and soul growth.

The most powerful lunar eclipse of 2019 occurs on July 16 at 24 degrees with the Moon conjunct Pluto in Capricorn.

A push-pull tension shows up in a triple format with Team Capricorn (Moon, Saturn, Pluto, and South Node) in exact opposition to Team Cancer (Sun, Venus, and North Node). Saturn in Capricorn is the ruler of this eclipse, conjunct the South Node, and a significant cycle of energy is ending in our physical world; there is no going back as the Capricorn systems and institutions experience a permanent destruction.

So we must return to what is in our hearts (Team Cancer) and go within for reflection, meaning, and trusting what feels good as the world around us shifts into a new form.

Capricorn is comfortable going slow, being diligent, and ensuring all is clear before making a move. This particular Capricorn eclipse is connected with karmic cycles, real world consequences, the reality of past choices and actions, and understanding the universal law of cause and effect.

A full moon lunar eclipse invokes powerful endings, and these particular energies will continue through 2020.

Much more to discuss with you in this video right here.

Flowing Into The Age of Aquarius

Time to step out with soul power as Aquarian energies continue to guide us into greater knowingness of ourselves and our unique gifts.

The Age of Aquarius relates to where Earth is traveling in the cosmos, which shifts every 2,100 years or so (give or take a few decades), and a full cycle through all 12 signs takes 26,000 years. We are on the planet at a key time as we flow from the Age of Pisces into the Age of Aquarius, and this energy shift is significant for each of us at a soul level.

I'll explain more about these deeper changes and soul missions we are meant to integrate and own as Aquarian energies guide us forward, individually and collectively.

Check it out here.